Chewing on those Chocolat Bonds

After 28 days of funding on Kickstarter, the PowerUp 3.0 has exceeded $870,000. Take a moment to let that sink in. With 22 days still remaining on the project, a paper airplane engine that you may control from your smart phone will likely hit, and surpass, $1,000,000 in pledge money.

PowerUp 3.0, founded by Shai Goitein from PowerUp Toys, is a small device that is powered by a rechargeable engine that attaches to your paper airplane. Connected at one end of the device is a bluetooth enabled battery that powers the rear blades. While the engine controls the momentum and power of the blade, your smartphone accelerometer controls the rudder which helps you navigate the plane.

Its a fairly ingenious idea. We can all remember the days in class when you or the kid sitting next to you made a quick paper airplane only to see it nose dive 4 feet in front of you. Judging from Goitein’s Kickstarter video, his paper airplane has no problems with lift off, and will stay in the air for quite some time.

Delving Into The PowerUp Kickstarter

The product is very fascinating and something that anyone can enjoy. However, Goitein used some interesting tactics that helped his project get a massive amount of attention and most importantly, tons of funding.

The average length of Kickstarter campaign is roughly 30 days. Goitein decided to run his campaign for 60 days which is even more uncommon on Kickstarter, whereas longer campaigns are  seen more on Indiegogo.

The PowerUp 3.0 benefitted a great deal from having a funny video. In the beginning of the video, the narrator (who is probably Goitein) gives a bit of background on himself to let you know this is not his first rodeo in creating something unique. 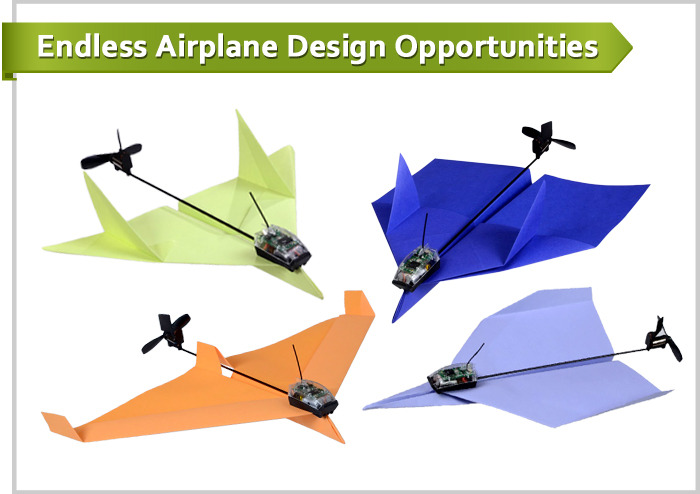 Most importantly, he talks about how he actually created the PowerUp some time ago, but without remote control technology. This is an important piece of information because it tells his backers that he has credibility, and the project is more than 80% done. Goitein did not create this last week, but after tons of iterations and a lengthy testing schedule. 2 years of research and 57 prototypes to be exact.

The rest of his video completely flows into the benefits and awesome things you can do with PowerUp 3.0. By demonstrating to his backers exactly what they’re paying for, he’s allowed any backer to feel comfortable about supporting this project.

If you scroll throughout his Kickstarter page, there is very little text, and huge pictures of the actual product or stretch promotions. Many of the backers we have surveyed have said they will watch the video, scroll through pictures but 75% of the time do not read the text on the page. It’s more than OK to put as much content as you would like on your page for the people (like myself) who do read all of it, but keep in mind your backers want as much visual media as possible.

I am very torn on this because I hate stretch goals. They are nothing more than distraction to the project. Moreover, they often add unnecessary parts to a campaign that come to hinder the project after it has been funded. This often has a direct effect in increasing the chances of delaying the delivery of the product.

However, should you decide to use stretch goals, Goitein put in some very attractive pledge additions. The next two goals to hit are at the 1 million and 2 million marks. At 1 million, pilots can enter a dogfight and temporarily disable the others plane.

At the 2 million mark, Goitein will be attaching a camera to the airplanes so you can save your most precious and memorable flights.

The PowerUp 3.0 is a very cool product that has hit some pretty amazing numbers. A funny video that features the most important aspects of your campaign including creator credibility and exactly what you can expect form the product goes a long way. Dissecting his campaign further, a 60 day funding period coupled with a high volume of visual media ultimately paid off for this campaign.

THE STEAL - $40 for the basic package for PowerUp

Next post Laser Pens For Cats Is Old News, Here’s The Egg

About the Author Andrew Little