The $100 Reason for Real Estate Crowdfunding

Get your VR headsets ready: Jaunt reaches out and grabs a real $27.8M 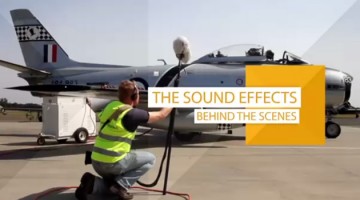 The intuitive wristbands make urban cycling safer for everyone. After three years of research and development, Useeme is now available through IndieGoGo.

BUDAPEST, Hungary. – A cyclist has created wearable automatic cycling gear that will help others boost their visibility before turning or changing lanes on urban streets. The Useeme Bicycle Turn Signals are easy-to-use and easy-to-see, helping individuals have a safer ride. After developing the light-up wristbands, the company has launched an IndieGoGo campaign to make them available to cyclists everywhere. With a goal of €25,000 EUR and the project end date set for July 31, 2014, the company plans to start serial production of the safety gear in October of 2014.

Approximately 75% of bicycle accidents occur at intersections. The Useeme wristbands can help decrease the number of accidents with the simple use of motion sensors and lights, which work with regular cycling hand signals. In most countries, hand signaling during cycling is the law. Instead of replacing the safety practice, the inventor chose to incorporate this additional safety feature to a custom that is instinctive to most cyclists. When a rider makes a hand signal, the corresponding wristband lights up. It is designed with a motion sensor that detects hand movements automatically and continuously adapts to the wearer’s hand position on any kind of handlebar. The signals are made with flashing orange LEDs that are visible on all sides of the wrist, enabling others on the road to see the person’s hand signals from all sides.

Useeme Bicycle Turn Signals are made with layers of flexible, form-hugging plastic, which make them easy to put on and off, with no clasps required. They come in 3 different sizes and can fit over clothing. They will be manufactured in a small plant in Hernád, Hungary, where the developers are given complete control over quality. The plant is prepared for the complete manufacturing process, which includes plastic molding, precision laser welding and LED planting with a pick & place machine.

The first 2,000 pairs of the Useeme Bicycle wristbands are only available to sponsors of the crowdfunding campaig. Early supporters are given the revolutionary gear at a discounted price and they also receive a black rainproof carrying pouch that can be attached to backpack or belt, a sheet of reflective stickers that can be placed on a bike, and a personal thank you card from the team. For those who would like the bands soon, Useeme is also offering a tester series. There will be 200 test editions given to those who pledge €33 EUR, which may differ from the final design but are given at a very low price. If the supporter sends in testing results, they will be gifted a 50% coupon for their first online order. To view more about the new product and to support the crowdfunding campaign, visit https://www.indiegogo.com/projects/useeme-bicycle-turn-signals-stay-safe-while-sharing-the-road/.

Useeme has been developing the Bicycle Turn Signals for three years and they are 95% ready for serial production. Laszlo Nyiradi invented the wristband out of a desire to provide a safety feature for his daughter. After recognizing that normal hand signals are not entirely visible, he wanted to create a tool that would make signaling more obvious. Also on the team are Laszlo Nyiradi, Sr.- responsible for the development of the wrist band’s plastic molding; Viktor Mayer, the engineer and creator of the wearable gear’s electronics and programming; Nikolett Nyiradi, administration and customer service representative; and Peter Balla, marketing and sales manager.

The $100 Reason for Real Estate Crowdfunding