Prepare for Takeoff: Bing Ads and RocketHub Partner to Give Small Businesses a Boost 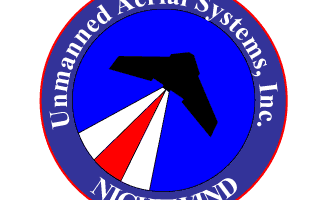 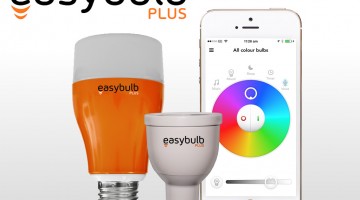 MOSCOW, Russia – “Global Energy Transmission” team has been recovering Nikola Tesla’s heritage by attempting to design and build the Planetary Energy Transmitter. They have completed a re-design of Tesla’s Wardenclyffe Tower with new and modern materials and advanced electronic components. The tower is now ready to be built. Tower’s height comprises 30 m like the one of 10-storey house and voltage value exceeds 3,000,000 V. In order to allow others to be part of new energy history and to raise funds for the project, an Indiegogo crowdfunding campaign has been launched with a goal of $800,000 USD. Upon the campaign’s close on June 25, 2014, the research team plans to conduct full-scale experiments, which may ensure future energy systems for mankind that utilize solar emission.

The building of the Planetary Energy Transmitter will have a global impact. The Sun is an inexhaustible energy source. Solar panels can be utilized to harness enough energy for the whole world with just 100,000 square kilometers of panels placed in the desert. Unfortunately, the energy is not readily available to mankind because there is no technology to transfer the energy anywhere in the world. But more than 100 years ago, the great inventor, Nikola Tesla, studied energy transmission via the Earth. He hadn’t finished his work, but wrote in diaries: “My project was delayed by natural laws. The world for him was not yet ready. He was too ahead of time in which it originated. But these same laws of nature will eventually prevail and the project will be repeated along with winning success.”.

The expert physicists at “Global Energy Transmission” have spent the last five years conducting theoretical research and experimental studies in regards to energy transmission. They have also performed computational models and designed all parts of the experiment. Designs of the tower have been completed, which incorporate enhanced materials and electrical components. While the original prototype designed by Tesla weighed more than 60 tons, the new design by Global Energy Transmission will weigh only 2 tons, thanks to the use of modern day materials. Plans are underway to erect the tower in August or September of this year. Once the prototype is built, physicists will be able to perform energy transmission and conduct an extended experimental research program dedicated to Worldwide Energy System.

Supporters of Tesla’s Planetary Energy Transmitter get to share in new energy history, helping to create reusable energy for the whole world. Top supporters will get the chance to visit the building site. To become a backer of the instant, worldwide, wireless energy, visit https://www.indiegogo.com/projects/planetary-energy-transmitter.

Global Energy Transmission is composed of a group of trained physicists specializing in worldwide energy systems. The Project Leader, Leonid Plekhanov, and the Scientific Project Leader, Sergey Plekhanov, were born in Siberia in the Krasnoyarsk region. Both physicists earned a Master’s of Science degree in applied physics and mathematics from the Moscow Institute of Physics and Technology. Company advisor Alex Fedotov has over 35 years experience in Plasma Physics. The team presented the results of their research at the General Physics Institute of the Russian Academy of Science with support from the Tesla’s Heritage Foundation of Serbia. To learn more about their work, visit http://globalenergytransmission.com/ or email  [email protected] for more information.

Next post 10 Crowdfunding Sites to Fuel Your Dream Project

Prepare for Takeoff: Bing Ads and RocketHub Partner to Give Small Businesses a Boost