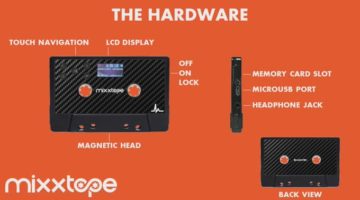 ROME—The rise of the Internet of Things (IoT) and the widespread use of ultra-portable and ever-connected devices such as Smartphones and Tablets is reshaping the concept of Home Automation. It is now possible to monitor and control electrical appliances, lighting, and more with a simple command in a wireless home automation ecosystem. Authometion, the startup engaged in IoT solutions for WiFi home automation applications, has just launched a crowdfunding campaign to raise €50,000 by November 17 to kick-off preorders of their first set of products that allows homeowners to transform their homes into smart homes.

The first product released by Authometion is IoTuino, an Arduino-compatible tiny core module (56×23 mm) incorporating a low-power WiFi module and radio transceiver. IoTuino has been completely designed and engineered in-house by Authometion after almost two years of research and development. The goal of the product is to offer all makers and developers the opportunity to work with a powerful yet miniaturized microcontroller for rapid prototyping and to leverage the Arduino open-source electronics platform to build plenty of IoT devices. “IoTuino is the perfect partner for DIY Home Automation applications,” said company founder and CEO Pietro Moscetta. “It can be embedded into any object to immediately embrace the IoT revolution.” IoTuino is based on an ATMega328P microcontroller and includes a built-in low-power Wi-Fi module (IEEE802.11 b/g/n), a 512Kb SPI Flash, a 2.4 GHz radio transceiver, and an integrated mini USB programming port.

Authometion has also developed LYT, a smart LED bulb for automated lighting control. LYT works in a bundle with IoTuino, which serves as a gateway, and can be controlled and automated by sensors and actuators for heat, light, force, motion, sound, and more. LYT is a 9W WiFi smart RGB+W LED bulb with an E27 Edison screw base. IoTuino is a unique open-source core module that smoothly incorporates a native control over LED bulbs. For the first time ever, the Makers Community can use the IoTuino and LYT bundle to manage lighting by using LYTs as if they were wireless sensors and customize the devices’ functions according to the maker’s needs and wants. And, thanks to the internet connection, any maker will benefit from countless applications and service available on the Internet.

Authomention has developed an app for iOS and Android smartphones and an app for the Samsung Gear 2 smartwatch that can be used with IoTuino to turn the light on and off, change from warm white to any color, and set the brightness of a bulb’s light by dimming it. And, with automation services like IFTTT, Zapier, and others, users can set rules and triggers and build multiple scenarios, such as blinking lights when a Facebook, Whatsapp, or Twitter message is received; changing the color of the lights to notify of an incoming mobile call, syncing lights with streaming music on a connected device, and turning lights on in the evening when the sun sets. “Our end goal is to improve user experience, convenience, comfort, energy efficiency, and security in the most important place: your home,” said Moscetta.

Authometion is comprised of a group of people who are passionate about new technologies, open source platforms, and most of all about the Internet of Things. The company envisions a world in which home automation is accessible and affordable for everyone and where there is no need for any wired and expensive controlling devices or complex installation from technicians. For more information, visit Authometion.com. To contribute to the crowdfunding campaign, visit igg.me/at/Iotuino/x.

Next post Kickstarter Is Live in Scandinavia and Ireland!