A letter from Crowdfund Beat

What’s in a Word: Crowdfunding

2015 Who’s Who of CrowdFunding Industry Professionals

Kickstarter Films at the Oscars

Exploding Kittens Is the Most-Backed Project of All Time

Exploding Kittens Is the Most-Backed Project of All Time 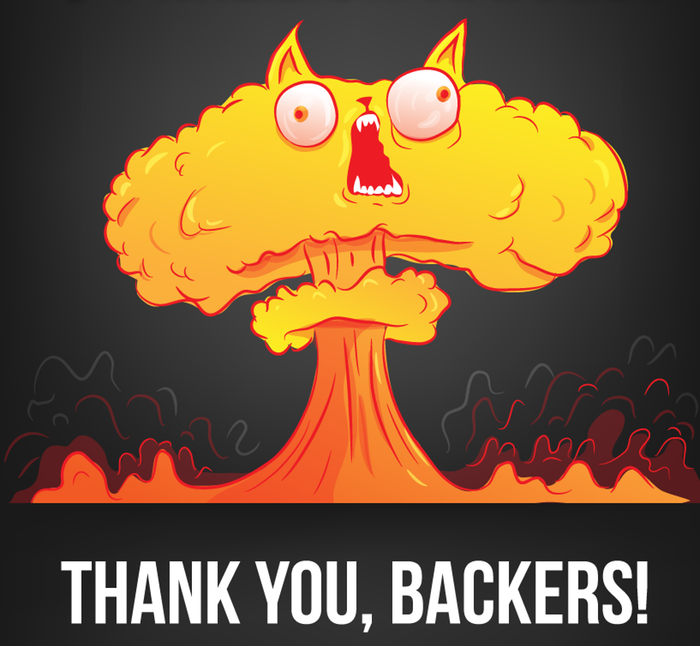 With 219,382 backers, it became the most-backed Kickstarter project of all time! It more than doubled the previous record of 105,857, held by Reading Rainbow since last summer. Wondering what the backings leaderboard looks like?

The Most-Backed Kickstarter Projects of All Time

Exploding Kittens isn’t only the most-backed project, it’s also the most-funded Games project ever, raising $8,782,571. That makes it the third-most-funded project in Kickstarter history. Not bad for a humble card game, huh?

Earlier this week, the Exploding Kittens team (Elan Lee, Shane Small, and The Oatmeal’s Matthew Inman) shared a thoughtful update with their backers. Here’s what they had to say:

“We’ve never seen anything like you guys, and neither has the planet. You have proven beyond any doubt that you are unstoppable. There’s nothing we can put in front of you that you can’t do. There is nothing too great, nothing too hard, nothing too outrageous that you incredible group of incredible people can’t accomplish as a community.”

We’d like to extend a sincere congratulations to Exploding Kittens, and every one of you 219,382 amazing humans that made it happen.

About the Author Kickstarter

A letter from Crowdfund Beat

What’s in a Word: Crowdfunding