ZappyLab is raising $1.5M to build the ‘GitHub for science research’ 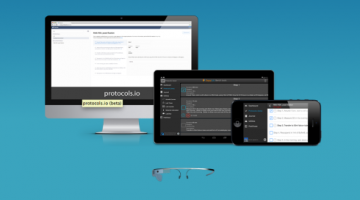 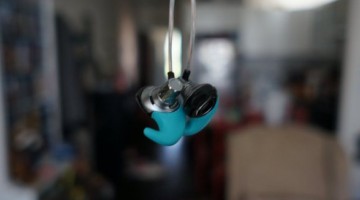 UK and US Competing for Crowdfunding Leader Titles

Startups in Silicon Valley are queuing up to gain a place at tech accelerators like Y Combinator, 500 Startups, and Techstars; but only accredited investors can get in on the deals.

With Development Capital Group, anyone can invest in technology startups by buying public stock in DLPM’s portfolio.

Hailing from Miami, Development Capital Group takes a new approach to investing in startups. The group’s President, Joey Ricard, tells us the story:

What’s the story behind Development Capital Group (or DLPM)?

I was looking to raise about $2 million for one of the the projects I was working, and while in discussions with a small group of my friends, I was Immediately connected to an investor who knew the public markets and thought it would be a good way for me to raise the capital that was needed.

After further research, by talking to angel investors and traditional connected venture capitalists, I saw the public markets, particularly the microcap area, as a very advantageous way to raise capital for some of the interesting technology projects I was developing.

After seeing how we could raise capital to build new technology which could be very scalable, it reminded me how an incubator functions, and gave me the idea to approach investors with the concept of it being a publicly traded incubator. This way they are not just investing in me, they are investing in multiple ideas that other people like myself can build into innovative businesses.

How did you get involved with investing in startups?

I started my first company at 22. It was an on-campus tech company (based at Florida State University) called The Tech Shop.

I was still at university, and I put every penny I had into it, including some borrowed money from friends and family. Later, I ended up doing a startup that I grew from my laptop which grew revenue from $0 to $1.8 million in about 16 months.

What’s the difference between a normal tech accelerator, where investors invest a small amount of funding for a high amount of equity, and DLPM?

In most tech startups where you hear about incubations, where they may have received funding from an angel investor or venture capitalist, the investors want the startup to get into an IPO where the investor anticipates making a huge amount of profit on their investment.

There are so many horror stories where the founder of an early-stage investment brings the company to a successful IPO and the founder only walks away with $36,000.

Our theory is, come completely into our company, we issue you shares that are part of our public company, and we invest the money and resources to grow the company which also grows the value of the shares.

Seeing as DLPM is a publically traded company, can I or any member of the public invest in Development Capital Group?

Yes. Our company Development Capital Group, has the ticker DLPM. Its as simple as opening up an Etrade account and buying shares in our company, like you would with Facebook or any other big tech company.

The real difference in buying shares of DLPM is that, although there is risk, we are a company with pool of tech startups that could possibly turn into the next Facebook.

Because DLPM trades right now under a $1, its pretty easy for the average person to buy our shares of stock versus something like Apple or Google that trade over $500 per share.

You liken DLPM to crowdfunded investment; doesn’t that mean every publicly traded company is crowdfunded?

Investing privately in a company as a venture capitalist or angel investor typically requires you to be accredited and have a net worth of over $1 million. The reason is because they don’t want you to invest the $5,000 you need to pay your mortgage into some high-risk startup.

Crowdfunding is allowing people to participate in these private deals that usually are only limited to venture capitalist or angel investment groups.

This is the closest you can get to a proper crowdfunding platform for equity ownership as you can get right now.

There are things changing around the crowdfunding space which will open up many more opportunities to all different types of investors. Ultimately, having a market place in general where an investor can see the market price of their equity in a company, and then having a platform to sell such equity into the market, is important to grow either a private or public company.

Doesn’t being a publicly traded company mean that the startups within DLPM have to make all their decisions publicly and waste time filing with the SEC when they could be moving faster as private companies?

Being public allows investors to make sure the company is doing their due diligence and are being accountable for their finances. A privately held startup may be burning capital inefficiently through faulty allocations of their funding.

So like anything, there are the pros and cons; and yes, you have to be completely transparent in reporting with the SEC. But I personally think being public allows the company to raise millions of dollars after the company has proven its metrics in a business that has been incubated, allowing us to grow at a faster pace than if DLPM were privately held.

For a startup, what’s the benefit of going with DLPM versus going with one of the Silicon Valley accelerators like 500 Startups or Y Combinator?

DLPM is structured to raise as much money as needed without investors being stuck with illiquid stock, or waiting someday make profit, or some IPO that a a larger venture firm is holding in which the founders will ultimately be diluted.

There are many technical reasons why our process for growth with DLPM as a startup can be a better option than what “traditional” technology startups have chosen before, but it depends on the goals of the founders.

Where do you see DLPM in five years’ time?

When you create teams like we have, you can colonize Mars, and that’s why people like Elon Musk have proven the recipe for success. Its not so much as the output as it is the input, therefore, if the input is good, then the output should always exceed expectations.

How can a startup get in front of you?

A simple Google search can give you a hundred ways to contact me.

ZappyLab is raising $1.5M to build the ‘GitHub for science research’