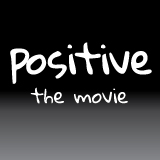 Networkr Is A Tinder-Style Networking App For LinkedIn Contacts

Cliq’s NFC Case Puts Buttons Back On Your Smartphone

Crowdtilt cuts the crap out of crowdfunding

The wearable device delivers the latest news and relevant information to its wearer.

MOUNTAIN VIEW, Calif. – After developing a prototype for GemWhere, its creator is seeking funds through a newly launched Kickstarter campaign to make the wearable computing device available to everyone. The innovative smart voice watch comes with GSM/3G, Wifi, and Bluetooth capabilities, allowing the user to access news wherever they are. A crowdfunding goal of $100,000 has been set, and funds will only be granted if the goal is reached by its closing date of June 11, 2014.

Because of the copious amounts of news stretching across the internet, a person can become lost. GemWhere’s proprietary software sifts through the infinite amount of current events and information to deliver the most important and relevant reports to its wearer. GemWhere names these streamlined versions of news reports “gems.” The pleasant voice emitting from the small wearable device’s built-in speaker describes key points about each topic, helping the wearer stay alert to the most relevant news coverage or social media update, and informing the wearer of why the story is significant. The voice then proceeds to read desired news articles while the face of the smart watch displays the article. Through Bluetooth, the gadget can be connected with a car speaker.

A prototype has been created and the proprietary software has been developed by GemWhere’s founder, Steve X Chen. All hardware components, along with voice application software and operating system software, have been integrated into the prototype. With funds raised through the crowdfunding campaign, Chen plans to perform further aesthetic refinements of the smart voice watch’s casing and bezel. Plans are also underway to improve the software user interface. IKWear of China has been contracted to produce the final developed product.

Owning a GemWhere is like wearing a tiny tablet on a wrist, which displays and voices important information. The sleek design of the mobile device is compact and comfortable enough to wear all day. There is no need to drag out a bulky mobile phone from a pocket or purse in order to search the latest news or check updates from a favorite Tweeter. GemWhere owners can be given a daily briefing of the most up-to-date happenings in an uncluttered and simple way. They also have the capability of taking photos and videos with the device.

Supporters of the Kickstarter campaign have the opportunity to be the first owners of the new smart voice watch, GemWhere. To back the crowdfunding campaign and receive the new device, visit https://www.kickstarter.com/projects/849884380/gemwhere-smart-voice-watch-let-the-watch-speak-for.

Gem.is was founded by Steve X Chen. After working as a software engineer at Sun Microsystems, Inc., Chen decided to develop proprietary software for a wearable gadget that simplifies and displays only the most important current event news. The smart device developer serves on the College of Engineering Dean’s Advisory Council at Carnegie Mellon University. To view new gems, visit http://www.gem.is.

Previous post Shopping for Startup Capital Outside of Silicon Valley