Crowdsourcing Week at the Asian Hot Bed of Innovation

Steve Case: JOBS Act Is Working, But D.C. Still Needs to Do More for Entrepreneurs

Venture capitalists have had a hot and cold view of gaming. When the sector is hot, they invest in games by the hundreds of millions of dollars. But when it cools down, like it did in 2012 when Zynga’s stock price crashed, venture investors fled. Game developers are so wary of VCs that they have turned to Kickstarter and angel investors for sources of income.

But Phil Sanderson, a game savvy partner at IDG Ventures, has been investing in games for a long time. He has invested in game or game-related companies such as Telltale Games, maker of acclaimed The Walking Dead episodic game series; Hammer & Chisel, maker of an upcoming tablet multiplayer online battle arena game; game discovery firm Iddiction; and mobile game maker Funzio, maker of titles like Crime City.

He also invested in Next Games, which is working on a mobile version of The Walking Dead; and he put money into Plain Vanilla Games, maker of the wildly popular QuizUp. Some of these investments have paid off nicely. Funzio was acquired by Japan’s Gree for $210 million.

Sanderson has stayed with games through thick and thin. He looks at lots of potential game deals but invests in just a few every year.

Here’s an edited transcript of our interview with Sanderson. 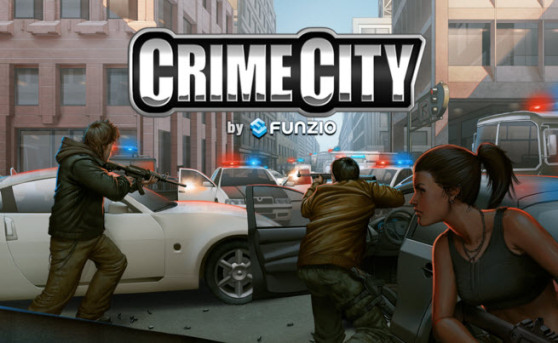 GamesBeat: Why don’t we start with your investments in game companies, and why you’ve been attracted to that sector?

Phil Sanderson: I made eight new game investments in the last 24 months. We’re about to announce another investment tomorrow morning. I see the game industry as at an inflection point right now. The market is large, $60 billion and growing quickly. That’s just in software. These companies are earning a lot of revenue and making a lot of exits as well.

I looked at some of the statistics on M&A transactions. Prior to 2008, I could only find six companies that sold for more than $200 million, not including public companies. After 2008, I found 20 companies that sold for more than $200 million. In fact, the median valuation on those transactions was $500 million. I recently did a blog post on that. So it’s a huge market with a lot of exits.

I also believe the King initial public offering is going to be a seminal transaction in the gaming space. It’ll lift that Zynga effect, which has kept a lot of investment down.

GamesBeat: Can you explain what you mean by the Zynga effect?

GamesBeat: That was at the end of 2011. It seems like it had a big effect on VCs who were new to game investments. They started to shy away from anything game-related. As long as Zynga’s value was closer to $9 billion, they could see big payouts coming, but if it dropped to somewhere around $2 billion, the potential payout for game startups was crushed down. (Now Zynga’s market value is back above $4 billion).

Sanderson: That’s right. We started to see a lot of VCs exit the market. When I talked to entrepreneurs, they complained that very few people were making game investments, and that’s still the case. But in venture, it’s often beneficial to be counter-cyclical, to be a contrarian. We know that markets wax and wane. I see a trend happening in gaming that’s starting to wax.

Supercell’s revenue is significant. If you look at World of Tanks, it’s reported that they’re doing more than a billion in revenue. Candy Crush, within King, has 93 million daily active users. It’s massive. But if you look at King, they have a platform to make mobile games. Pet Rescue Saga is a real game. There are 15 million DAUs. It’s casual, but it makes a lot of money. Even though King’s revenue declined last quarter, they still did $1.9 billion in revenue.

King will be a successful IPO, I think, and it will change people’s views of the market. People will realize that you can make a lot of money in gaming. At that point, valuations will be a lot higher. It may be too late for some people to make as much money, but we’ve been doubling down on our investments in the gaming sector with really good teams, following certain themes that we feel are going to be strong this year.

GamesBeat: In this case, it seems like it pays to be one of the VCs that studies the game market and knows it well. You can be much more discerning than someone who’s more of a generalist.

Sanderson: I think so. I’ve focused heavily on gaming. I’ve been involved with game finance since 1993. I worked at Robertson Stevens in the entertainment software group, working on M&A transactions and IPOs for companies like Electronic Arts, Broderbund, and Microprose. I kept with it. There have been more opportunities for investors, though, in the last five years, than at any point in the last two decades. Mostly because of the higher bandwidth, more platforms, and as a result, more gamers around the world.

A billion people play mobile games on a monthly basis. That’s a big market. I see a lot of opportunities there within different sub-sectors. One of the big areas that we’re focusing on is mobile gaming and tablet gaming. I’ve seen traditional console games, or traditional web-based games, move to tablets in a very big way.

GamesBeat: You have your own blog, and you did a post recently on four gaming trends to watch. Mobile and tablet gaming was one of them. How have you decided that these are the four that you want to pay attention to?

Sanderson: The areas I like to focus on are really a combination of just my own personal experience and what I’m hearing from entrepreneurs. They’re out there building great games, seeing opportunities. When I see smart people, many of whom have made money in games before, focus on certain areas, it’s a call to action.

I’ve spent a lot of time, for example, on storytelling within games, which is one of those themes. A lot of that is based around existing IP. We’ve not seen a lot of great IP-related games on the mobile platforms yet. It’s mostly been Electronic Arts licensing some great titles for the Xbox and PlayStation and so forth. We’re starting to see it with Kabam’s Hobbit game, for example. I’m seeing more and more companies that are able to license great titles from the studios.

We’ve been very successful in the past with Telltale Games. I invested five years ago and I’ve been on the board since then. They’ve made incredible games out of The Walking Dead. They’re coming out with Game of Thrones this year. They have some other titles that they haven’t announced as well. The audiences love those games.

We just invested in another mobile game company that we haven’t announced yet. They have licenses for great IP, and I’m very focused on looking at other companies that have been able to acquire the rights to these games and are continuing to make good games out of them.

One of the other themes that I’ve looked at is trivia games. Trivia has always been very popular, going back to Trivial Pursuit and board games, as well as Name That Tune and other types of popular TV shows. I looked at all the opportunities that were out there and chose to work with Plain Vanilla Games and Fresh Planet. Plain Vanilla Games came out with QuizUp, which is an award-winning game that continues to perform incredibly well. Fresh Planet came out with SongPop and MoviePop, which are both incredible games as well. These are the two top games in the category. We’re looking for other games like them in the trivia space. Trivia can be around other areas – pop culture, brand-related, other types of things – but we really like the category. We’re interested in doing more.

Crowdsourcing Week at the Asian Hot Bed of Innovation